Including the World Premiere of The Queen of Hollywood Blvd,

East Coast Premieres of The Ranger and MexMan, Tigers Are Not Afraid,

Cambridge, MA – In roughly two weeks acolytes of the Boston Underground Film Festival will gather at New England’s venerable temples of cinema—the Brattle Theatre and Harvard Film Archive—for the 20th annual bacchanalia of sound and vision. Devotees will spend five days in synaptic snap-crackle-and-pop ecstasy, worshiping at the altar of fantastically strange and unusual moving pictures from around the world, between March 21st through the 25th. On the heels of last week’s first wave announcement, BUFF pulls the rabbit from the hat, revealing the remaining titles in this year’s boundary-pushing bonanza. Behold! 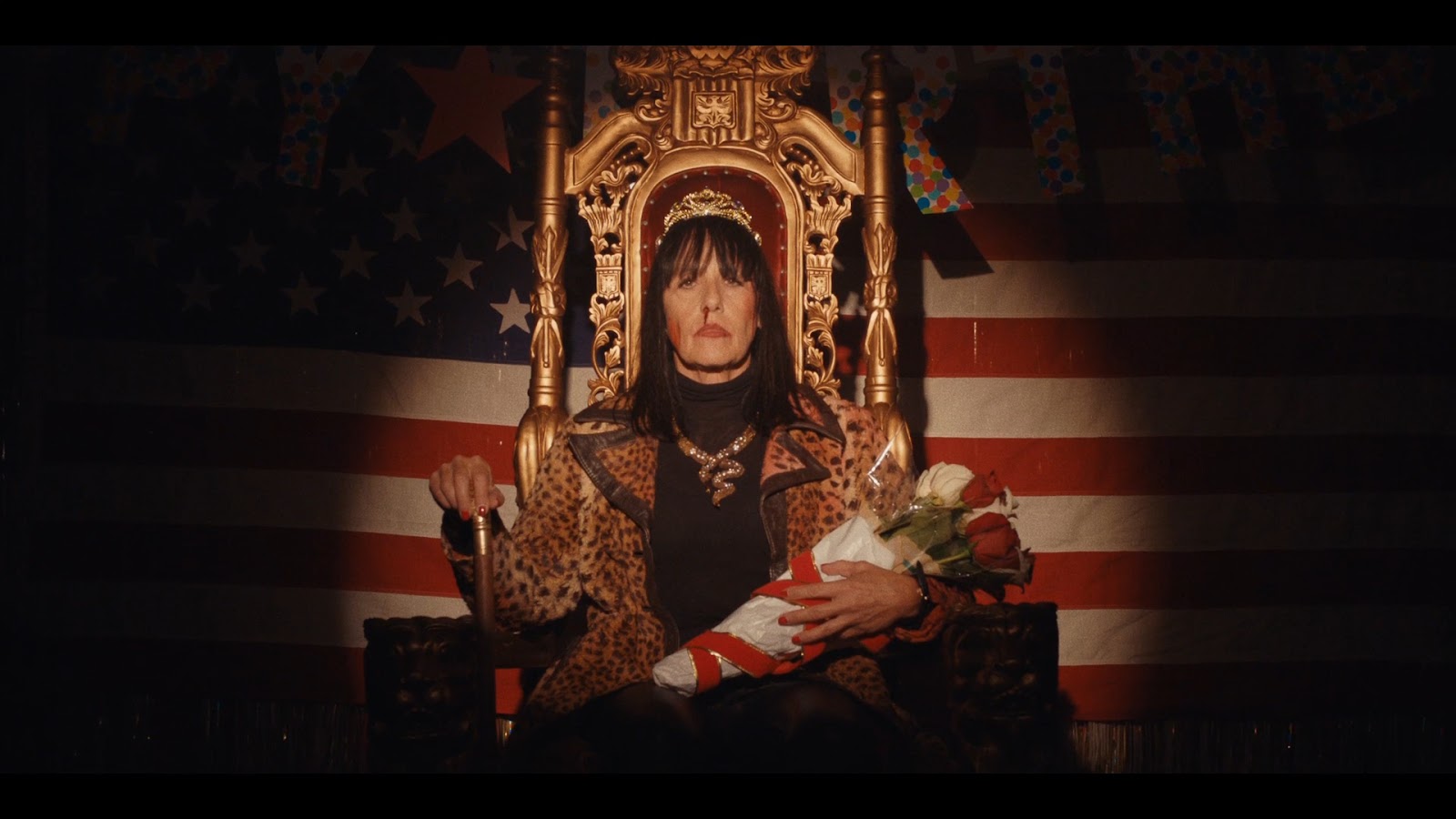 BUFF is honored and exultant to be presenting the World Premiere of Orson Oblowitz’s The Queen of Hollywood Blvd, a sublime and stylish thrill ride along Tinseltown’s infamous mile-long haven of debauchery and debasement. Starring No Wave luminary Rosemary Hochschild (1978’s Table Conversation, 1979’s Minus Zero, 1983’s King Blank), badass Queen (of all our hearts) Mary must navigate Los Angeles’ seedy underworld of violence, prostitution and murder to save her kidnapped son and her strip club.

“A gift to cinephiles and genre fans, Queen is a lovingly crafted neo-noir tale of vengeance that evokes The Grifters with a Cassavetesian sensibility and a lush color palette that would make Michael Mann blush,” says Director of Programming Nicole McControversy. The film also features the legendary Michael Parks (Kill Bill Vol. 1, Then Came Bronson, From Dusk Til Dawn) in his final role. Similarly inspired by genre films of yore—and coincidentally fueled by hallucinogenic drugs—the East Coast Premiere of The Ranger and New England Premiere of The Theta Girl round out a triple threat of lady-led ass-kicking and name-taking narrative features in this year’s program. In Christopher Bickel’s The Theta Girl, take-no-shit drug dealer Gayce must avenge the deaths of her all-girl-rock-band pals and discover how the drug she peddles connects them all in a web of murder and reality-bending mystery. Following its SXSW World Premiere next week, Jenn Wexler’s punk rock slasher The Ranger heads to BUFF, delivering a raucous thriller-in-the-woods that finds sharp-witted Chelsea and her pals facing off against an unhinged park ranger. 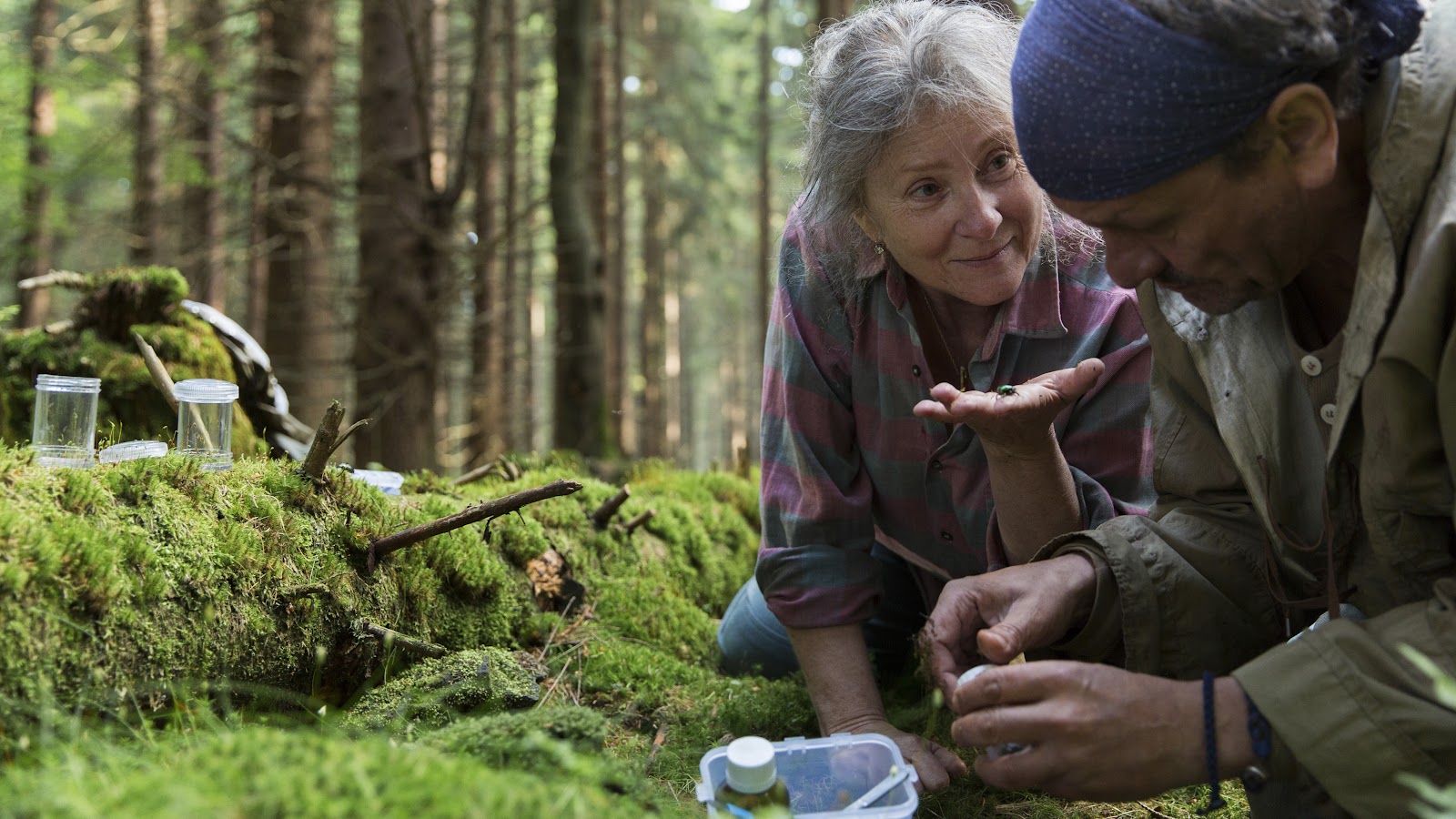 Speaking of badass women facing off with murderers in the woods, BUFF is pleased as pie to present the New England premiere of Agnieszka Holland’s (Europa Europa, The Secret Garden) genre-inspired mystery Spoor, an unconventional, charming, and visually stunning masterpiece that blends magical realism, forensic crime, and animal rights activism. Agnieszka Mandat stars as Janina Duszejko, a nature-protecting woman living alone in the Klodzko Valley who finds herself embroiled in an unusual murder mystery. 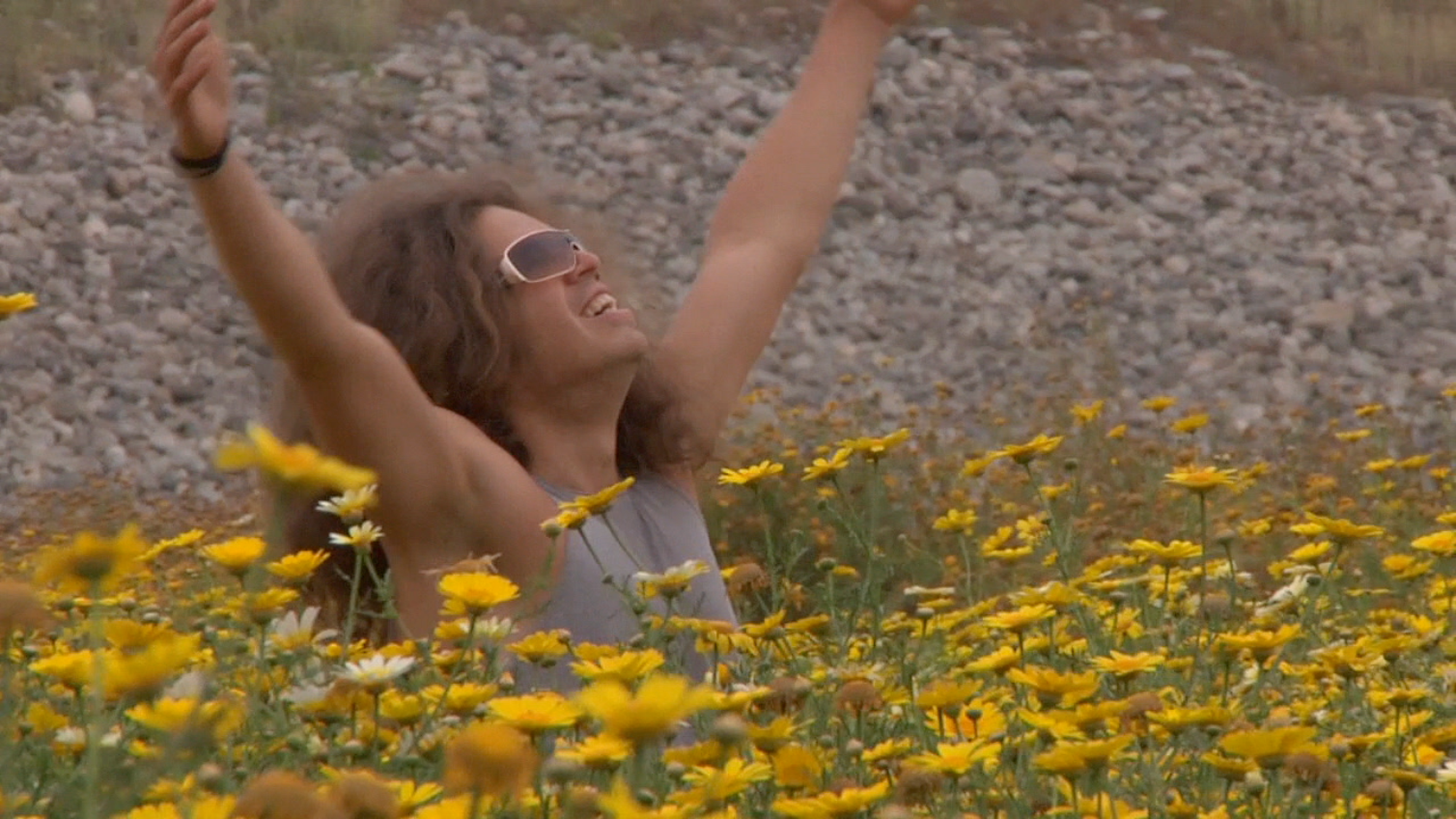 Speaking of mystery: BUFF is overjoyed to present a midnight secret screening of… well, we can’t tell you. Trust us when we say this highly-anticipated genre gem is appropriately placed at the witching hour for the most adventurous and bravest amongst us. What we can tell you is that we’re psyched beyond belief to present the East Coast Premiere of a truly unforgettable documentary, Josh Polon’s Slamdance award-winner MexMan, which follows Germán, a young Mexican-American artist and filmmaker striving to complete his first feature film while plagued by the ghost of a long-lost love and battling his producers for creative control. 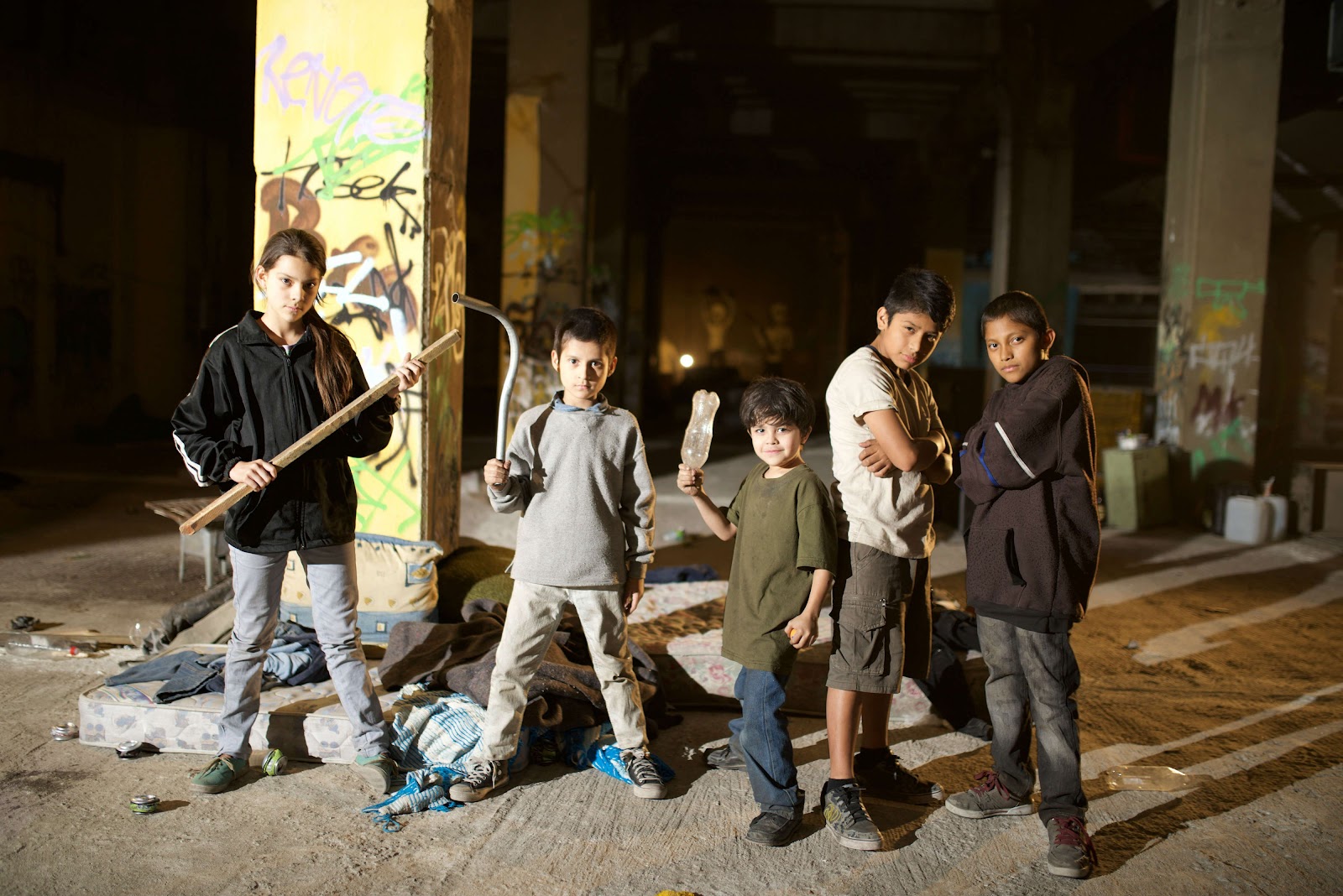 Traveling the festival circuit on a deeply-deserved wave of appreciation and love, Guillermo Del Toro and Stephen King’s favorite genre film of 2017, Tigers Are Not Afraid, lands in Boston with an almighty roar as BUFF’s penultimate screening. Fusing social realism and fantasy, writer/director Issa López will be on hand at the Brattle Theatre to present her incredibly moving tale of children caught in the crossfire of Mexico’s cartel wars. Stunning and unforgettable, this is required viewing.

In classic BUFF fashion, the festival will be closing out its 20th year with the end all be all of Brazilian werewolf lesbian musicals: Marco Dutra & Juliana Rojas’ Good Manners. Don’t be fooled by our cheeky summation: Good Manners is vanguard filmmaking at its best and bravest – a lush, matte painted, lycopanthic fairytale centered on the unusual relationship between two women from very different walks of life in São Paulo. Genre-bending and beautiful, let Good Manners grab you by the hand and take you on its incisive, werewolf-Almodovarian moonlit-stroll through class division and a love that knows no social bounds. See you on closing night.

Be sure to also check out our veritable bounty of shorts programming, celebrating fantastic music videos, animation, transgressive horror and more! Enough to make your heart burst with joy.

Tickets to screenings are on sale now. 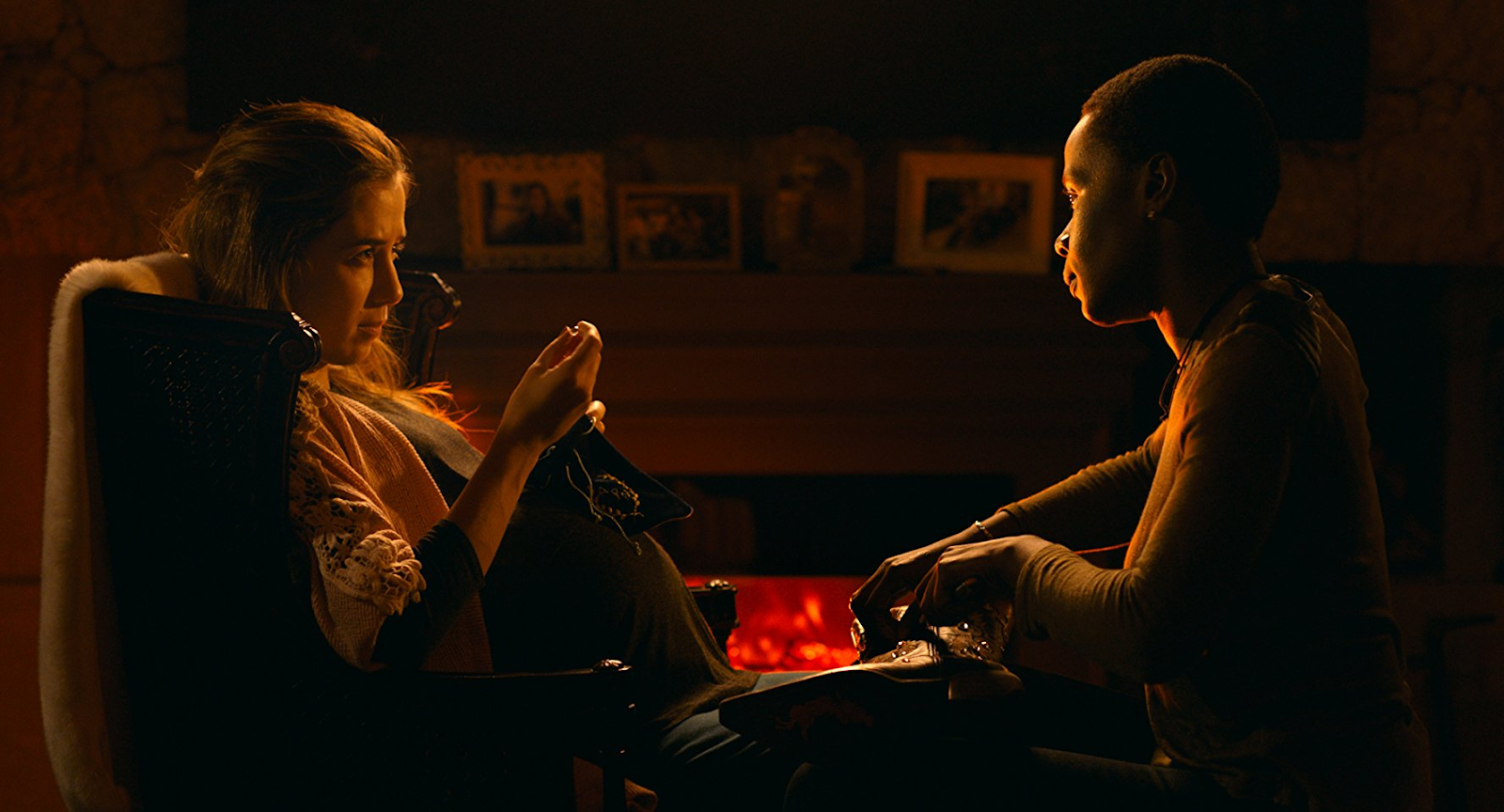 Clara, a lonely nurse from the outskirts of São Paulo, is hired by mysterious and wealthy Ana as the nanny for her unborn child. The two women develop a strong bond, but a fateful night changes their plans.

Germán is a young artist and filmmaker striving to complete his first feature film while plagued by the ghost of a long-lost love and a battle for creative control with his producers.

For the brave, bold & beautiful creatures who crave a little terror at midnight.

Janina Duszejko, an elderly woman, lives alone in the Klodzko Valley where a series of mysterious crimes are committed. Duszejko is convinced that she knows who or what the murderer is, but nobody believes her.

On her 60th birthday, the proud owner of a Los Angeles strip club finds herself in hot water over a twenty-five year old debt to the mob, leading her on a downward spiral of violence and revenge through the underbelly of Los Angeles.

When Chelsea and her friends get in trouble with the cops, they flee the city and go on the run. Fueled by a hallucinogenic drug called Echo, they hope to lay low—and get high—in an old family hideout in the woods. But Chelsea’s got reservations about going back to nature and secrets she’s not sharing with her friends. When a shot rings out, her past comes crashing back, and the punks find themselves pitted against the local authority— an unhinged park ranger with an axe to grind. 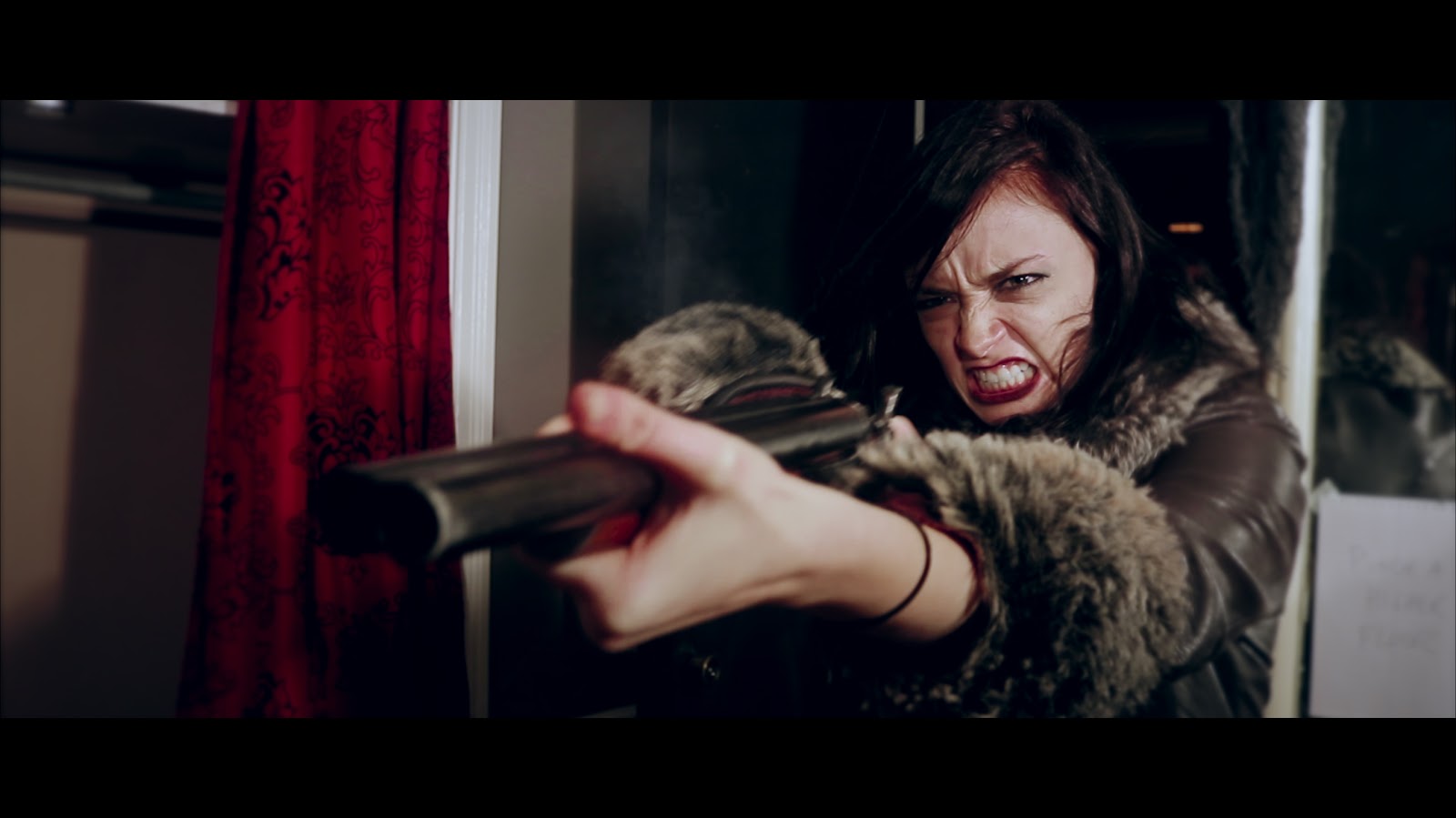 Gayce, a take-no-shit young woman, deals a hallucinogenic drug called “theta,” facilitating an audience for her friends’ all-girl rock band. When Gayce’s friends are brutally murdered, she must solve the mystery behind the murders and protect herself from the killer. She discovers the connections between theta and the murders – and learns a terrifying truth. That the world — indeed her whole reality — is not as it seems.

A dark fairy tale about a gang of five children trying to survive the horrific violence of the cartels and the ghosts created every day by the drug war.

For the full BUFF 2018 Program and individual tickets,