TO HELL AND BACK: THE KANE HODDER STORY GETS LIMITED RELEASE ON JUNE 28 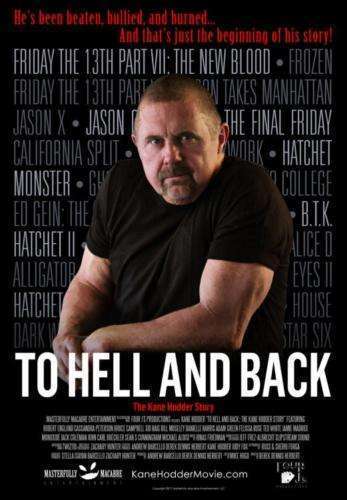 Los Angeles, CA: Dread Central Presents and Epic Pictures announced yesterday at Monsterpalooza the release dates for the upcoming documentary TO HELL AND BACK: THE KANE HODDER STORY. The film will open to a limited theatrical release on June 28th with VOD and DVD/Blu-ray coming available appropriately on Friday, July 13th  marking the 41st anniversary of Hodder’s life-changing accident.

TO HELL AND BACK: THE KANE HODDER STORY, the first documentary film acquired by Dread Central Presents, is directed by Derek Dennis Herbert and portrays the harrowing story of famed stuntman Kane Hodder who overcame a dehumanizing childhood filled with torment and bullying in Sparks, Nevada. In addition to his childhood, the documentary focuses on his survival of a near-death burn accident as well as his career as a genre icon that spans over 100 films and saw him kill more people on screen than any other actor.

TO HELL AND BACK: THE KANE HODDER STORY Official Trailer - Now available on VOD & Blu-Ray!

About Dread Central Presents: Dread Central Presents is a joint venture between Dread Central Media and Epic Pictures Releasing. With the purpose of championing independent horror filmmakers and showcasing the diversity within the horror genre, the label releases films in monthly hosted theatrical screenings across the country as well as on-demand and home video.