Fleeing from the grasp of a possessed woman, a distressed cabdriver begins a confession in a rundown police station that endangers everyone who crosses her path.

A mysterious young woman possessed by a demon that longs for the woman it loves – Luz.

The first feature from German writer/director Tilman Singer LUZ is captivatingly shot on 16mm with immersive sound and visuals that call to mind the experimental images of Giallo and 70s Spanish horror atmosphere. Produced by Dario Méndez Acosta and Tilman Singer, with a brooding synth score composed by Simon Waskow, the film stars breakout actress Luana Velis as Luz, as well as Jan Bluthardt and Julia Riedler offering a strong supporting base. 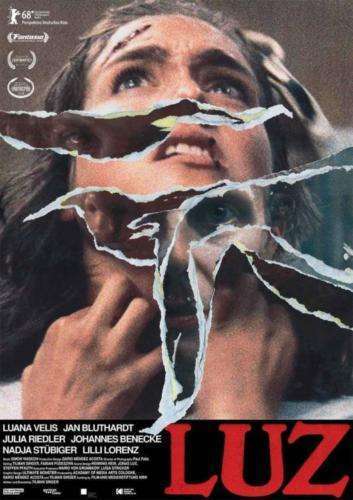 LUZ World Premiered at the Berlinale and screened at Buenos Aires International Festival of Independent Cinema and will play at famed Brazilian genre fest Fantaspoa before having its North American Premiere at Montreal’s Fantasia International Film Festival this summer.

A rainy night. A dazed and numb young cab driver, Luz, drags herself into the brightly lit entrance of a rundown police station. Across town in a nightspot, Nora seductively engages police psychiatrist Dr. Rossini in a conversation. Nora is possessed by a demonic entity, longing for the woman it loves – Luz. She tells the Doctor about her old schoolmate Luz’s rebellious past at a Chilean school for girls. Increasingly drunk on her story, Rossini turns into an easy prey in Nora’s hands, but he’s soon called away to the police station to examine Luz. Supervised by his colleagues, the doctor puts Luz in a state of hypnosis that initiates a series of flashbacks, unfolding the events leading to her arrival. But the entity that has taken control of the doctor wants something more. Bit by bit it slips into Luz’ reenactment and makes old memories come to light.