Seth Breedlove has built his company, Small Town Monsters, around documentaries about strange creatures and events. Through his company, he’s put out six films with several more planned. Films like THE FLATWOODS MONSTER: A LEGACY OF FEAR and INVASION ON CHESTNUT RIDGE that manages to be entertaining no matter what you think of their authenticity. His first film MINERVA MONSTER details a series of incidents in the late 1970’s in and around the town of Minerva Ohio involving a strange humanoid creature and the resulting media circus when the story went national. The film follows the usual pattern of interviews with witnesses, photographs and newspaper clipping from the time of the incidents and current footage of the location.

What is missing from MINERVA MONSTER is the animated reenactments of the alleged events that are a highlight of Breedlove’s later films. There are drawings of various incidents with sound effects dubbed over them but they’re not nearly as effective. Indeed, in many ways, this is a fairly conventional Bigfoot documentary. His low key, unsensationalized interviewing technique is in evidence, making the accounts more believable. And as a result more likely to send a shiver up your spine.

And these are effective interviews. Family members, a former deputy who was called to the scene on more than one occasion, etc. Normal people who encountered something not so normal. No Sasquatch hunters or other “experts”, just people we can all pretty much relate to.

MINERVA MONSTER will probably appeal more to serious cryptozoology buffs than more casual viewers who like Seth’s later films. But at just under an hour it’s certainly worth the time for both groups. For those who prefer their documentaries like this producer Alan Megargle and cinematographer, Jesse Morgan would later make THE BACK 80, another film on the subject of Sasquatch. 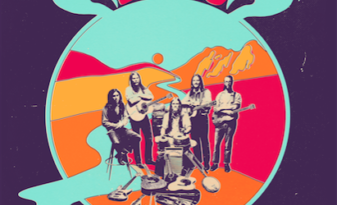