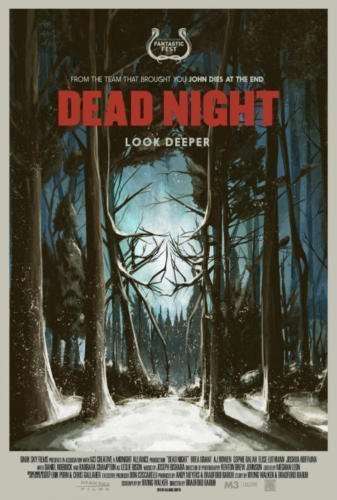 With genre icon Barbara Crampton as lead actress, Dark Sky Films is proud to announce the theatrical and VOD release of Bradford Baruh’s directorial debut, DEAD NIGHT.  From the producers of John Dies in the End, DEAD NIGHT hits theaters and digital/VOD on July 27, 2018.
Film Synopsis

James and his wife Casey load up their two teenage kids and head out to a remote cabin in Oregon for a weekend trip. When James heads into the snowy forest in search of firewood, he encounters an enigmatic woman passed out in the snow. Bringing her back to the cabin for help, the family has no way of knowing that the woman’s presence is the catalyst for a series of events that will change their lives forever.