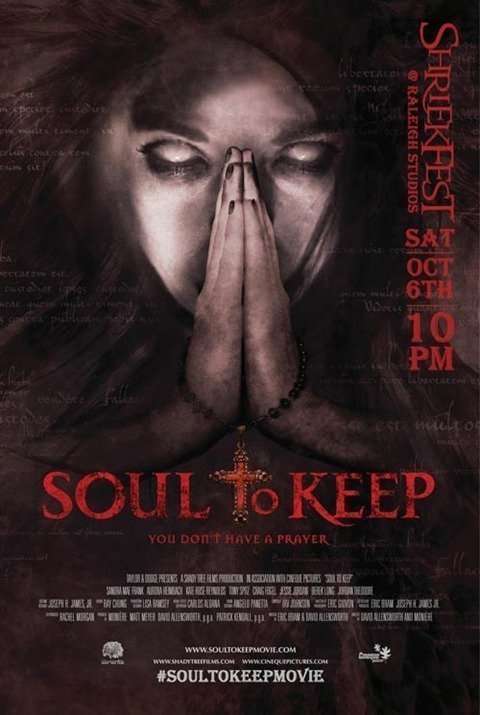 *** First ever open-captioned film presented at the festival ***

(Hollywood, CA) – October 5th, 2018. The anticipated supernatural horror film Soul To Keep, co-directed by David Allensworth and Monière, will have its world premiere at Shriekfest on Saturday October 6th in Hollywood. The Cast and Crew will be in attendance.

Followed by a Q&A

Soul To Keep tells the story of Beelzebub, a demon hell-bent on consuming and taking control of souls, who hunts down siblings and their lifelong friends at a rundown country house.

“Soul to Keep is a great possession horror film that uses a deaf character to uniquely tell the story,” says Shriekfest’s festival director Denise Gossett. “This is a film that horror fans are going to love and we are thrilled to be showing our first ever open captioned film!” she adds.

The introduction of a deaf lead character, Tara, played by deaf actress Sandra Mae Frank, allows the exploration of unique modalities in the narrative style, notably the use of sign language throughout the film. All the actors flawlessly learnt and incorporated the sign language into their performances to serve the purpose of the story. This inclusive aspect of the unrepresented Deaf Community makes the production accessible to hard-of-hearing audiences as well as creating a dialogue between the Deaf and Hearing populations.

“The Deaf element in this film came to me originally as something of a scare tactic, and it blossomed into an important statement about bringing communities together,” says director David Allensworth. “Our co-writer Eric Bram’s wife is partially deaf, as well as one of our producers, Matt Meyer, who has partial hearing loss.”

“I wanted to bring out the elements of a minority group -- the deaf and hard at hearing -- and showcase them as heroes. In addition, I wanted to tell a horror story with real proven metaphysical elements, not another horror-slasher film,”adds co-director Monière.

About Soul To Keep:

David Allensworth’s storytelling circles around how we connect to characters and stories resulting in positive changes, enlightenment and an opportunity to escape. From surprise plot twists, to secret character motives, to authentic situations turned upside down, he infuses his visionary “gotcha” style with every film, series, screenplay, and pitch he’s been involved in. “Soul To Keep” marks his first featurefilm, and it is a perfect reflection of that style.  Though he maintains an office in Los Angeles for his production company Shady Tree Films, he makes New York City his home with his wife and three children. He finds New York to be a hotbed of culture and characters, all of which inspire his storytelling. He is a member of the Producers Guild of America. 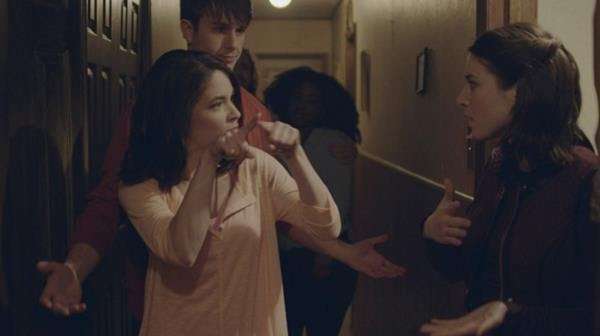 Monière’s storytelling is significantly influenced by his upbringing; born in Kandahar, Afghanistan and raised in Flatbush & Bensonhurst, Brooklyn. He comes from a lineage of Sufis and healers, strong believers in metaphysics and the unknown. “If angels are real, why can’t demons be real,” Grace, Soul To Keep. Every project he attaches himself to must raise the collective consciousness of humanity as a whole, creating a morphic resonance. Monière formed his company in 1999 during grad film school. He merged the words Cinematically & Unique, to form his company name Cineque Pictures. He lives in Midtown Manhattan with his wife and baby son.