Here at Voices From the Balcony, we’ve reviewed films from all over the world, Estonia, Tunisia, Norway, Cambodia, even Mongolia. I’m fairly sure though that Sweetie, You Won’t Believe It (Zhanym, ty ne poverish) is the first film from Kazakhstan that we’ve reviewed. How does this bloody black comedy from a country better known for producing MMA fighters than movies fare?

Dastan (Daniyar Alshinov)is stressed out by the thought that he’ll soon be a father. He’s even more stressed out by his wife Zhanna (Asel Kaliyeva) constantly nagging and screaming at him. So he decides that a weekend spent fishing with his buddies Arman (Azamat Marklenov) and Muram (Yerlan Prynsetov) is just what he needs. The fact none of them know how to fish is irrelevant.

As they are heading out to the countryside a group of mobsters, Kuka (Alamat Sakatov) Petok (Rustem Zhaniyamanov) and Kissyk (Yerkebulan Daiyrov) are already out there and up to no good. When Dastan and his buddies see them blowing someone’s head off with a shotgun they become the next targets. But unknown to any of them a menacing figure (Dulgya Akmolda) is watching and has deadly plans for them all.

Director Yernar Nurgaliyev had help creating Sweetie, You Won’t Believe It from five co-writers, which is usually not a good sign. They’ve come up with a film that’s something like The Hangover and Wrong Turn 3 crossed with Fargo and John Wick. Then seasoned with Why Don’t You Just Die.

The film opens with an ominous warning on the news about missing campers. Then moves on with the arrival of Arman with a van full of defective sex toys. It escalates with a pair of creepy gas station attendants before a carelessly disposed of bottle of urine sets a chain reaction mayhem into motion. Once the blood starts flowing Sweetie, You Won’t Believe It becomes an ever-increasing pile of increasingly mangled bodies with Kazakhstan’s answer to The Three Stooges caught in the middle of it. And just when you think they can’t find a worse situation to get into, they do.

Much of this is scored to songs that add the perfect touch to the scene. I’m sure if I spoke Kazakh and understood the lyrics it would be even funnier. But the music and tone of the lyrics accomplish enough on their own. Actually, apart from somewhat overplaying how much of a shrew Zhanna is, Sweetie, You Won’t Believe It really doesn’t do much wrong. And you’ll want to stay through the credits for some more scenes as well.

Wisely keeping its running time short and its pace fast, Sweetie You Won’t Believe It, doesn’t stay around long enough to get repetitive. And it never gives you time to think about how outlandish it all is. The result is a well-crafted bit of splatstick that should play well in any language.

Sweetie, You Won’t Believe It is screening on demand as part of Fantasia 2021. The film’s page on their website has more information about the film and how to get tickets. 101 Films has picked up the film for distribution but no date has been announced. 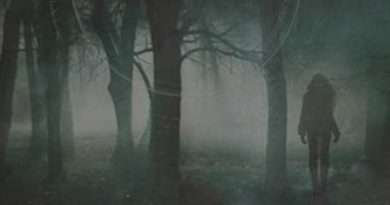